Great Power Competition in Iran as the US Exits the Arena
Atlantic Council,  30 May 2018.

US President Donald Trump’s decision to abandon the Iran nuclear deal, and thus re-impose broad sanctions against the Islamic Republic, sends a clear signal that Washington has reverted to a full containment policy against Tehran. But, lacking a clear overarching Middle East strategy, US policymakers do not appear to be weighing the merits of this pursuit in the context of the United States’ long-term rivalries with China and Russia. While Tehran’s contentious relations with its neighbors to the west are the subject of intense focus, inadequate attention is being paid to the geostrategic implications of transformations to Iran’s east. A new “Great Game” for political and economic dominance is being waged in Eurasia that will impact the lives of almost two-thirds of the world’s population, and could lead to a further weakening of Western influence over the international system.

This report examines the potential implications for the region if the Kurdistan Region of northern Iraq were at some point to declare its secession from Iraq. Specifically, the authors analyze the interests of three key regional neighbors — the Iraqi central government, Turkey, and Iran — and explore policies each actor may pursue in response to Kurdish independence. The authors discuss the possible responses of Baghdad, Ankara, and Tehran under three different scenarios: a unilateral declaration of Kurdish independence that is broadly opposed by the region, a "last man standing" scenario in which the Iraqi state collapses and the Kurdistan Regional Government becomes an independent state, and a gradual estrangement between Erbil and Baghdad. The authors also consider how each of these scenarios could be influenced by a resurgence of Kurdish nationalism in which Kurdish populations in Iran, Turkey, or Syria not only support the establishment of a sovereign Kurdistan in northern Iraq, but even seek to join the new nation.

Iranian Domestic Challenges to the Joint Comprehensive Plan of Action
RAND Corporation,  10 May 2017.

The Joint Comprehensive Plan of Action (JCPOA) nuclear agreement between Iran and the P5+1 (the United States, the United Kingdom, France, Russia, China, and Germany) has proven successful so far. However, some major challenges to the JCPOA from within Iran may emerge in the future. This Perspective examines the nature of the factional divisions that exist in Iran; how this factionalism may impact the nuclear agreement; and the viability of the JCPOA if major events were to occur, such as the death of the supreme leader or heightened U.S.-Iran tensions.

The results of Iran’s February 26, 2016, parliamentary and Assembly of Experts elections could prove to be an important turning point in the history of the Islamic Republic. Coming on the heels of the implementation of the nuclear deal, the election served as a referendum in favor of President Hassan Rouhani’s moderating approach to international affairs. What this means for the future of Iran’s relations with its Persian Gulf neighbors depends largely on the durability of the broad-based pro-Rouhani coalition and its ability to maintain the upper hand against hardline factions close to Supreme Leader Ali Khamenei, which prefer to keep Iranians in perpetual confrontation with the U.S. and its regional allies as a means of preserving the fervor of the Islamic revolution.

At a dusty compound in Robat Karim, a town just outside Tehran, a thickly-bearded commander in military fatigues gives a rousing speech in Arabic to a group of armed young men ready for martyrdom. The black flag of the Islamic State (Isis) flutters in the background. Suddenly, from among a crowd of onlookers, a man yells in Farsi: “Cut! If you say it right once, it’s a wrap. If not, we’ll be re-doing this a hundred times!” This is the set of Songs of My Homeland, a film commissioned by Islamic Republic of Iran Broadcasting (IRIB) and set for release in the coming weeks. IRIB is touting the film as a groundbreaking counter to Isis propaganda.

This study explores Iranian influence in Afghanistan and the implications for the United States after the departure of most American forces from Afghanistan. Iran has substantial economic, political, cultural, and religious leverage in Afghanistan. Kabul faces an obdurate insurgency that is likely to exploit the U.S. and international drawdown. The Afghan government will also face many economic difficulties in future years, and Afghanistan is highly dependent on international economic aid. Additionally, the biggest problem facing Afghanistan may be political corruption. Iranian influence in Afghanistan following the drawdown of international forces need not necessarily be a cause of concern for the United States though. Although Tehran will use its cultural, political, and economic sway in an attempt to shape a post-2016 Afghanistan, Iran and the United States share core interests there: to prevent the country from again becoming dominated by the Taliban and a safe haven for al Qaeda.

Why Obama Should Work with Iran on Syria Now
The Diplomat,  14 September 2013.

In the wake of a Russian offer to broker the removal of all chemical weapons from Syria – temporarily staving off the Obama administration’s push to strike the Assad regime – U.S. and Iranian officials are now provided with the most promising opportunity in years to engage substantively on a host of issues, including the Islamic Republic’s nuclear program.

As Iranians wait to inaugurate Hassan Rouhani as their new president on Aug. 3, Western media has focused on determining what his stance toward the nuclear issue will be. Also important, however, is the impact his presidency could have on the Islamic Republic’s relations with Saudi Arabia, its rival for dominance in the Persian Gulf and the broader Muslim world.

The Power of an Iranian President
The National Interest,  13 June 2013.

Looking toward Iran’s June 14 presidential election, Western leaders wonder whether it will have much impact on the current impasse over the Islamic Republic’s nuclear program. After eight years of facing off with the provocative Mahmoud Ahmadinejad, will the next president be easier to deal with? Or will he be another hardliner prizing resistance over compromise?

A Human Rights Lever for Iran
The Washington Post,  30 September 2009.

Washington has been unable to force concessions from the Iranian regime on its own. By broadening our support for the aspirations of ordinary Iranians, the Obama administration can continue to tilt the balance of power in its favor. Such an approach would add pressure on the Iranian regime, enhance domestic political support for talks and maximize the opportunity for successful negotiations.

'What do Americans think about us?" asked an old lady on the bus. That was the question most often asked of me during my three-month stay in Iran last year. Messages to the American people were also common. “Tell the Americans that we're not crazy, scary people,” she continued. Her comment came after she and others had been dancing in the aisle (with curtains drawn so the police wouldn't see) while the rest of us – along with the driver – clapped as we raced down the highway. So maybe they are crazy. But in a good way.

Magic and Inter-Communal Relations in Sasanian Iraq: The Case of the Incantation Bowls
Master's Thesis, University of Chicago,  01 March 2007.

In analyzing the use of magical incantation bowls, this paper argues for the utility of  ‘ritual community’ as an analytic tool in helping inform a study of religion and ethnicity in Sasanian Mesopotamia. 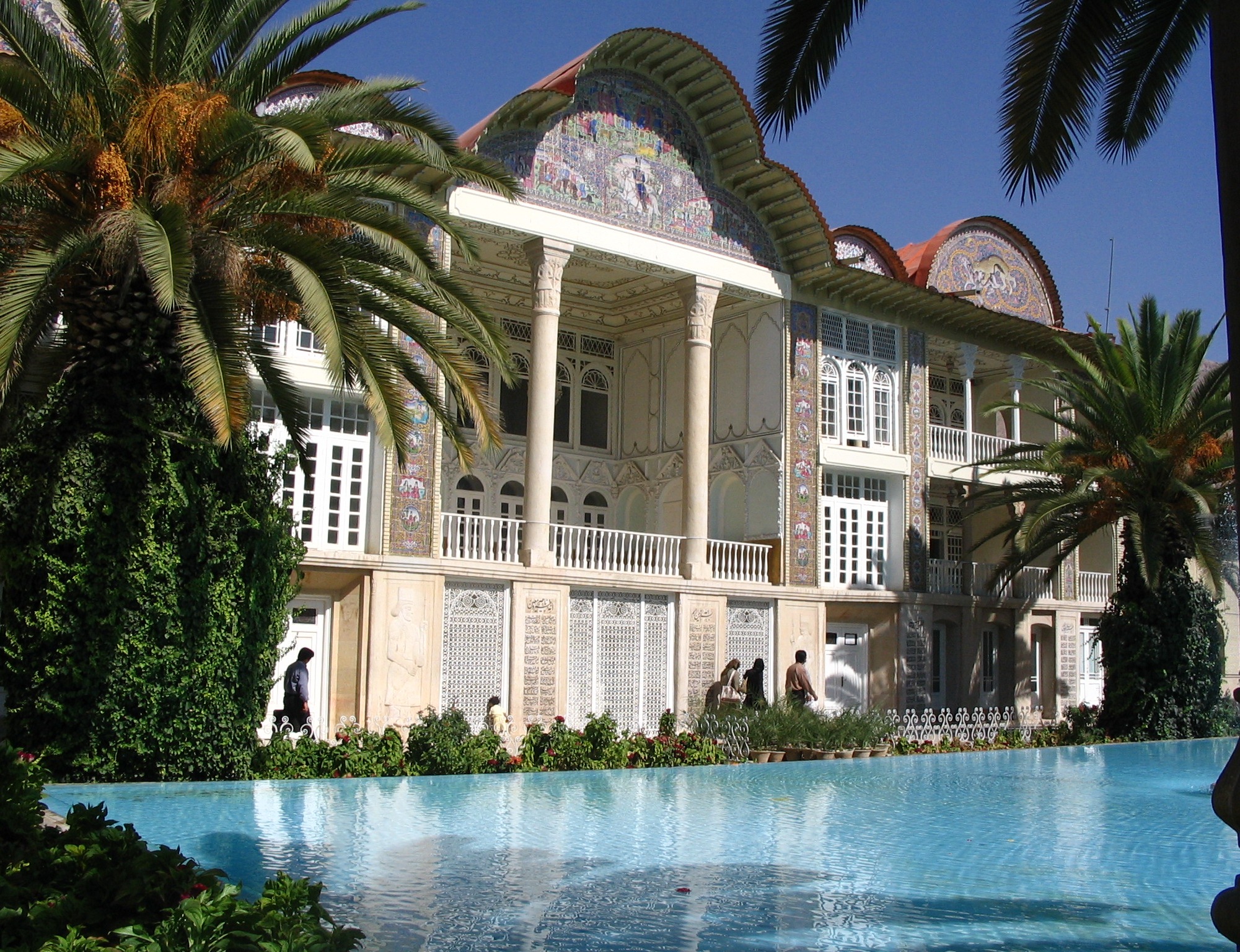